Whhooooow, engagement season is well underway and around the world ladies and gentlemen are dropping to one knee and asking that nerve-wracking, life-changing and amazing question ‘Will you marry me?’ (and hopefully holding out a ring to seal the deal.)

As far back in the mists of time as the eleventh century, brides were given a ring as a sign of their betrothal, and of course to signal to other suitors to back off! In those days an engagement ring was a simple band of iron, silver or gold depending on your social status and the depth of your pockets!

But that all changed in 1477 when Archduke Maximillian of Austria got engaged to Mary of Burgundy. As was traditional, a letter of proposal was sent by Maximillian to Mary accompanied by an engagement ring. However, the ring was anything but traditional; it was a plain band but with a number of oblong shaped diamonds arranged in the letter ‘M’, for Mary. And so a new fashion began, of engagement rings set with jewels and precious stones.

Of course in those days only the rich could afford anything as expensive as a jewel and although the traditional has spread throughout society, the engagement rings of the rich and famous continue to captivate and bedazzle us. The most expensive engagement ring in the world was bought in 2016 and given to Mariah Carey by billionaire fiancé James Packer after a whirl wind romance. The stone was an emerald-cut, 35 carat diamond worth a very cool £7.6 million (US: $10 million). Sadly, the engagement only lasted a matter of months; proving that the size of the ring has nothing to do with the depth of love. 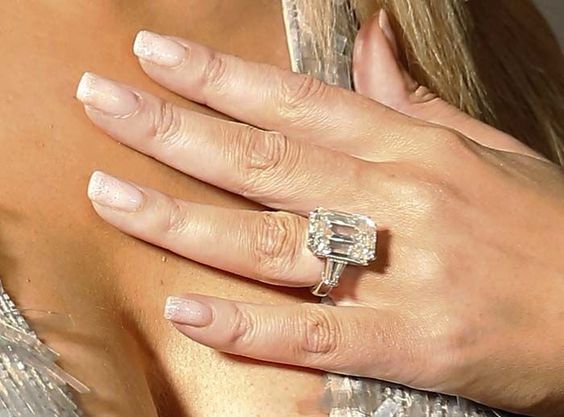 An engagement ring can be set with just about any stone but after a very successful advertising campaign which began in 1938 by De Beers (yes they mine and sell diamonds) the diamond became the jewel of choice. They not only advertised diamonds but they controlled the supply and therefore the price! The campaign suggested that a month’s wages should be spent on an engagement ring and it associated diamonds with romance, betrothal and love. It linked the eternal nature of diamonds to the couple’s everlasting love. In fact in 1940, one of the campaign’s taglines was ‘a diamond is forever’. 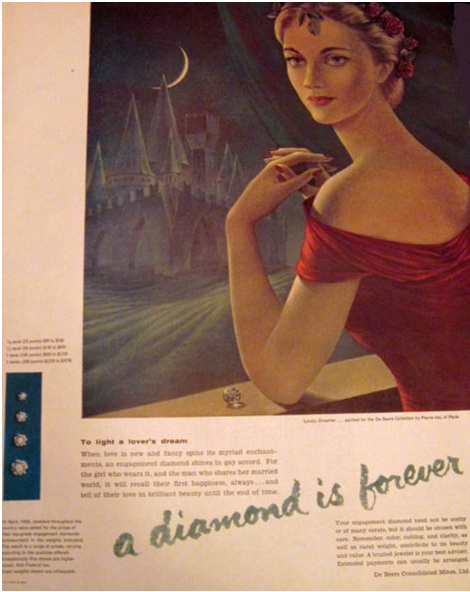 So exactly how much should YOU spend? Well it’s nothing to do with averages anywhere in the world, accepted rules of thumb or what others are spending. Ignore glitzy adverts or Facebook photos of friends’ engagement rings. What’s important to you is your budget and your partner’s expectations.

Nobody can tell you how much to spend; only you know your financial situation and how comfortable you feel spending your money. Your job security, income and outgoings should be taken into account but at the end of the day if you want to spend one month’s wages, three months’ wages, or a whole year’s wages then that’s your decision. Personally, I hate being in debt. So I’d rather spend more time saving for what I want. Start saving as soon as you know this is the person you want to spend the rest of your life with.

Photo by Michael Longmire on Unsplash

Now you’ve set your budget the next task is to get the best deal possible. If you google ‘guide to buying an engagement ring’ there’s masses of information from jewellers, wedding websites and other media sources covering everything from: how to propose; how to discover your partner’s ring size; deciding on a ring style; the best time of year to buy the ring; and how to get best value when choosing an engagement ring.

These are really useful in that they cover things you may not have thought about. For example are you looking for a new, bespoke or antique engagement ring? A family heirloom would make a wonderful engagement ring. Maybe you’re interested in something other than a diamond (emeralds, sapphires and moissanite are becoming very popular). Or maybe you’d rather buy a man-made rather than a natural stone. There’s also the traditional Claddagh or Celtic knot rings.

If you do want a diamond, or maybe a ring with several diamonds, then the perceived wisdom is that you have to consider the 4 Cs: carat, colour, clarity and cut. All of which will affect the price. 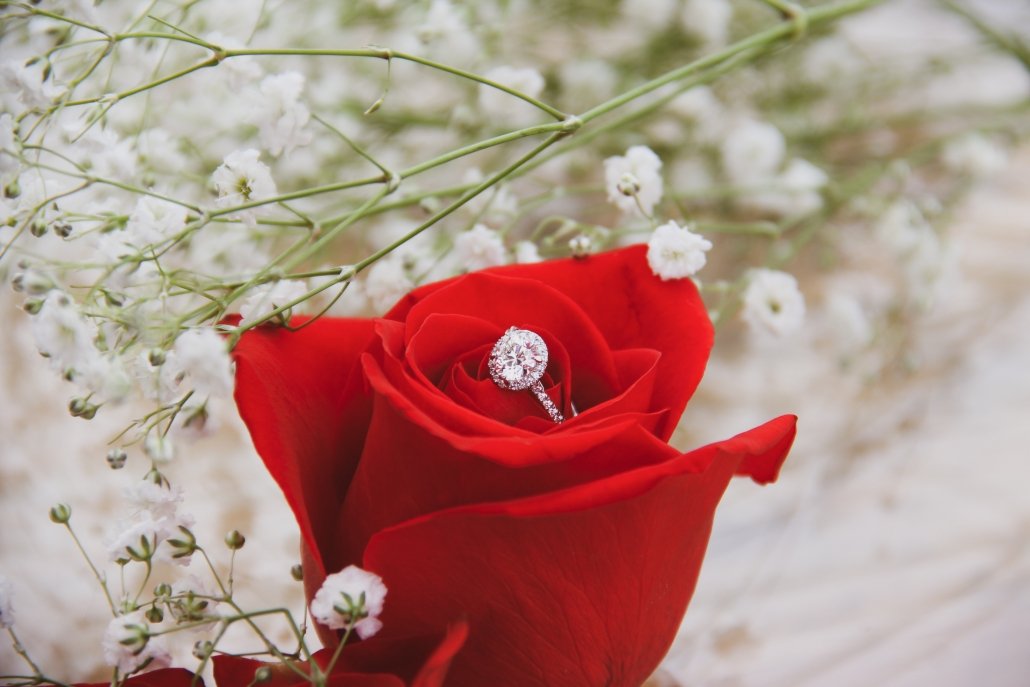 Photo by Liz Fitch on Unsplash

There are so many options and it can be totally bewildering. So much so that people are now buying what’s called a placeholder ring. A what ring? I hear you ask. Yes you did…. Let me explain. At the end of the day, nobody wants to present the person they love with a ring that disappoints. So a placeholder ring is a very simple, plain ring that’s given when your proposal has been accepted. Then at a later date the couple go together and choose the ‘forever’ engagement ring, ensuring that your loved one gets the perfect ring for them. What a great solution. 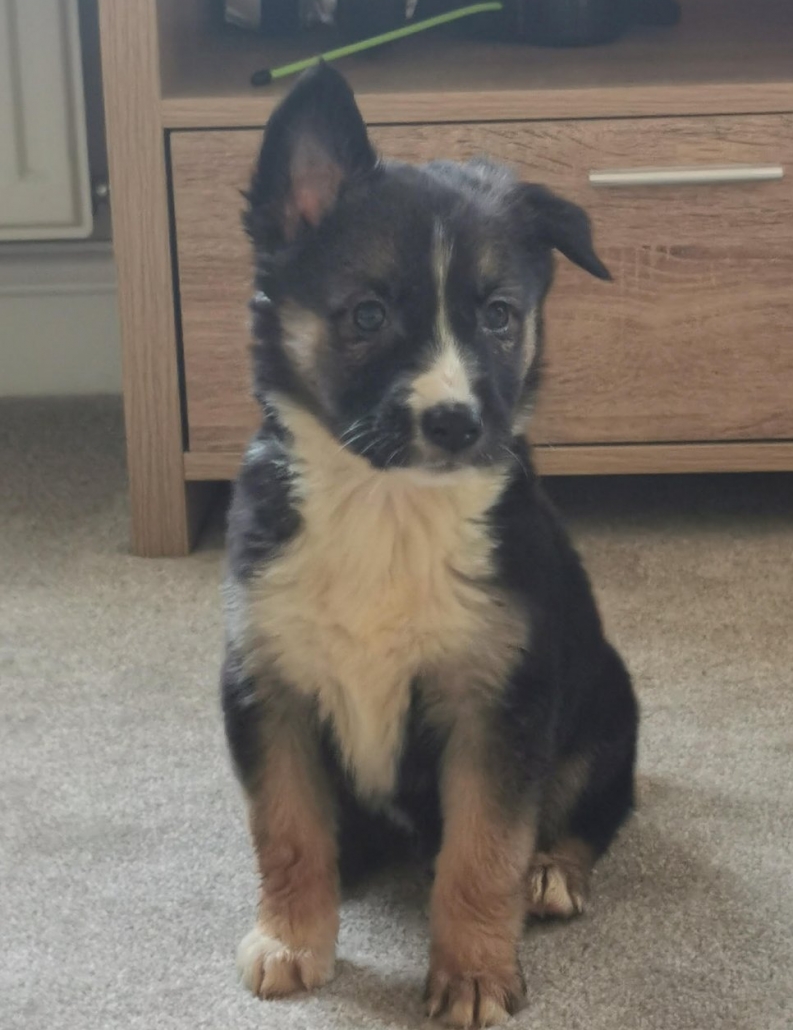 However, there are other factors to consider when giving a ring. Albert Einstein said everything is relative. So the gentleman who wanted a new dog and spent months doing the research before buying his puppy but then proudly told his fiancée he’d bought her engagement ring whilst on a ten minute shopping trip, was lucky to get away with his life! The cost of the ring was totally irrelevant; the lack of thought was everything in direct comparison to the time he’d invested in looking for a dog! Amazingly the couple did go on to get married. 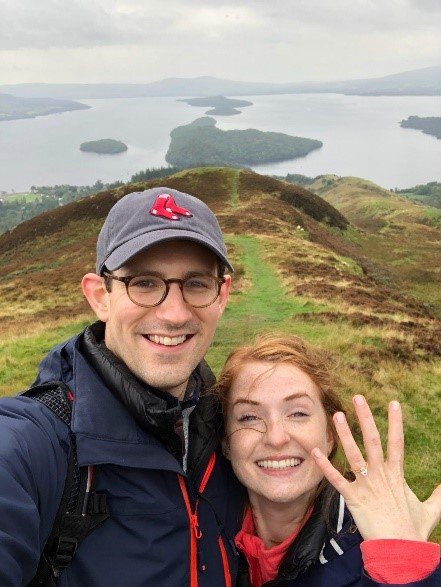 Thanks Justine and Chris

The worth of an engagement ring comes from the thought put into the giving and the love it’s given with. So if you’re planning to buy an engagement ring and propose please put in the research. Whether it’s at your favourite jewellers or online, see what’s out there and think about what your partner would like to receive. If you’re on good terms with his/her best pal talk to them and see what they think. And lastly listen to your partner. Often little comments are made about a friend’s ring or jewellery in general. Be aware of these hints and tips and give whatever you do buy with all the love in your heart.
Good luck

And if you plan to have your wedding in France let me know as I’d love to help you celebrate! 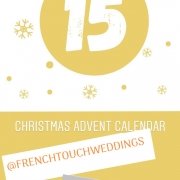 Day 15 – How to choose THE best wedding planner for you!

So, when’s the wedding?